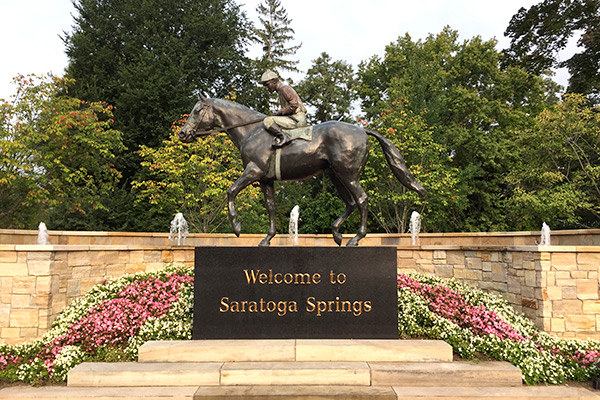 Welcome to Saratoga Springs
If you’re planning a road trip or retreat into nature, Saratoga Springs is the home of Health, History, Horses—and Chocolate! It’s a destination where shoppers stroll beneath festive tree lights downtown and place bets on world-class thoroughbreds at the Saratoga Race Course.

This quaint, historical town features everything from locally owned shops to natural springs. While you’re here, be sure to enjoy these 10 attractions:

Horse Racing
Whether you’re betting on horses or gawking at outrageous hats, Saratoga Race Course is a place like no other. As the oldest track in the country, the course has witnessed some historic moments in racing. In 1919, Man o’War (considered one of the greatest racehorses in history) lost his only race—ironically, to a horse named Upset. Three other notable upsets have given Saratoga Race Course its reputation as the “Graveyard of Champions.” 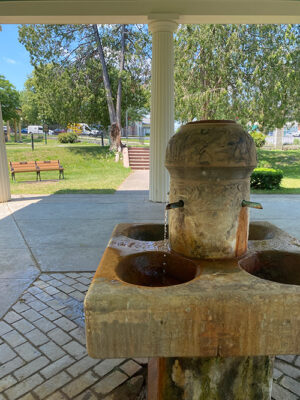 Walking tour of Saratoga’s springs
After flowing through underground layers of rock, spring water surfaces along fault lines to fill our cups with a healthy (if not exactly tasty) drink. Don’t be surprised by the taste of sulfur—a mineral that many folks swear can ease arthritis, prevent allergies, and even slow the aging process. Of the 21 public mineral springs throughout Saratoga―most naturally carbonated―no two springs taste exactly alike! Favorites include the Congress Spring, Hathorn Spring One, and Polaris Spring.

Performances at SPAC
The Saratoga Performing Arts Center (SPAC) hosts events ranging from the New York City Ballet and The Philadelphia Orchestra to James Taylor and Dead & Company. Its picturesque 5,200-seat amphitheater is an ideal outdoor venue to enjoy summer evenings and performances. Check out the SPAC Summer Calendar. 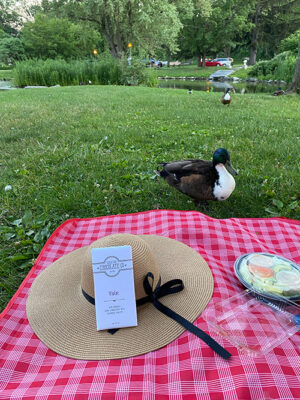 Picnic in Congress Park
Pack a blanket, book, and picnic basket filled with your favorite treats from Saratoga Chocolate Co., then head down Broadway to Congress Park. Walk along the garden paths, catch a ride on the historic carousel, chuckle at the ducks, sit by the water, and picnic on the green. Just don’t feed any of your chocolate to the ducks (chocolate is toxic to ducks—and you’ll want it all for yourself anyway)!

Opener 33: Sarah Cain— Enter the Center
The Tang Teaching Museum is now open to visitors! Admire the art and the colors of Sarah Cain’s Enter the Center, an exploration on stretching the limits of painting. At this exhibit, you’ll see a site-specific hand-painted gallery floor, painted furniture, and a new facsimile artist book. 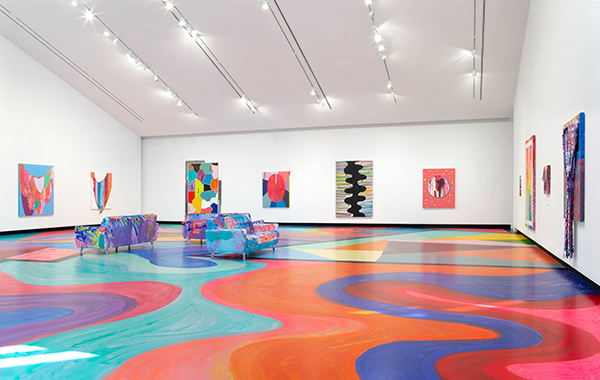 Hike Around North Woods
Between train tracks and Skidmore College is the North Woods trail. A walk through North Woods, across rock bridges and over water takes only an hour or two. Hike or run the trails from sunup to sundown. If you stay until dark, the campfire pits are a cozy place to make s’mores with Saratoga Chocolate Co.’s homemade graham crackers, marshmallows, and your choice of artisanal chocolate. 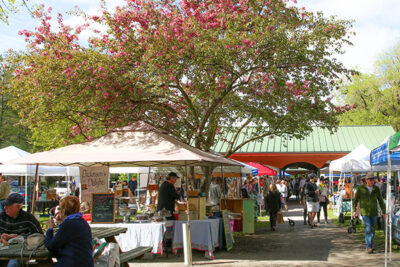 Shopping on Broadway
All along Broadway in downtown Saratoga Springs are local shops and boutiques offering everything from horse saddles to olive oil. It’s home to nostalgic and charming stores such as Lyrical Ballad, an antique bookstore; G. Willikers, a classic toy and game shop; and Menges & Curtis Apothecary. Chocolate lovers: Stop by our Shop at the Saratoga Marketplace (on the lower level) for delicious hand-crafted chocolates, beverages, fresh truffles and treats!